The Board of Directors of AGC MA is pleased to announce John Ferrante as the newly appointed Chief Executive Officer.

John succeeds Bob Petrucelli who served as  CEO for the past 34 years. Bob stated, "I have had the opportunity to collaborate with John on several legislative and industry initiatives over the past 5 years during his time at BTEA.  In fact, we have already spoken several times and are planning for a smooth transition....John will make a terrific CEO."

For the last 5 years, John has been the Associate Executive Director at the Building Trades Employers' Association (BTEA) which is an umbrella group of 5 trade associations representing contractors' signatory with 13 different union trades. During his time there, John launched a leading training and education program as well as raising the BTEA's profile in government relations and industry affairs on Beacon Hill. John simultaneously worked for the North/East Roofing Contractors Association (NERCA) as the Director of Government and Industry Affairs. Prior to the BTEA, John worked for a Boston-based management and organizational consulting firm focused on the public sector.

John and his wife Kara live in Hingham, MA and have three children, Francis, John Jr. and Rita.

Fran Colantonio, AGC MA Chairman of the Board stated, "Due to his familiarity with the industry and the work AGC is doing, John will be able to hit the ground running. The AGC Staff are acquainted with him and have previously worked with John at various capacities, which is a big plus." 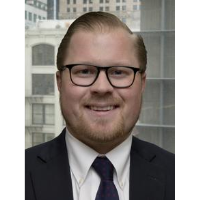